Studies show that students perform better in school when parents or caregivers are actively involved in the education of their children. Men and women think differently and bring different perspectives and skills to school and PTA activities, but oftentimes, the women dominate in this area—until now.

We tackled this issue from the grassroots perspective in an interview with Anthony King, who is responsible for creating a unique PTA of its own kind, the Detroit Area Dads PTA.

PTA: What motivated you to start a male-centered PTA?

King: I felt that there was a need for an organization to reach out to the men. I wanted to encourage dads.  You always hear about the women, but you don’t hear or see many dads around school. I became a part of PTA because of my daughter when she was at Vernor Elementary School here in Detroit. I just started volunteering and wanted to make sure the kids got to school in the morning. It just evolved. I got more involved in the school and the PTA. I started as the sergeant at arms and when the PTA president’s child graduated, I somehow ended up as PTA president.

My background included not having my dad in my life as a kid. In fact, I did not meet my dad until I was 15. I had strong uncles and cousins who watched out for me. I was very thankful. When I moved to Detroit in 1966, the guys I connected with had fathers that were in their lives. They were the ones who put me in check. I tell young fathers today that It doesn’t matter if you are living in the home or not. It still has an impact in your child’s life.

I have been involved with PTA as a member for close to 10 years now. I served as the PTA president at Vernor Elementary School and vice-president of the Detroit Council PTA. I will continue to try and make a difference in the relationships of fathers and their children.

PTA: How did you get started with forming a Dads PTA?

In 2011 I attended a parent’s forum of workshops and activities at Central High School in Detroit. I had a chance to meet Regional Director for the U.S. Department of Education, Shirley Jones. In our conversation, I said that I believed there was a need to address issues concerning men who were raising their children alone and other issues concerning men being involved in their child’s education and social growth.

Ms. Jones loved the idea and suggested that I put something together that she could present to the DOE. I then talked with some friends who had the same passion that I have about empowering dads to be better fathers. Carl Baxter, George Camacho, Marcus Cummings, Debbie Ector and I drafted a letter that I sent to Ms. Jones and she asked that we proceed with planning an event focusing on dads. It was out of this energy that we started the Detroit Area Dads PTA.   We wanted an organization that serves all dads in the community, regardless of where their children went to school.

We contacted the Michigan PTA. Debbie Ector was an officer there and guided us through the state forms and chartering procedures. I called the IRS to become a 501c organization and we got to work.

PTA: What are some of the activities of the Dads PTA?

King: The first thing we did was hold a roundtable discussion at Pershing High School with about 50 men in attendance. We had a panel of men and table discussions to ask the men what issues they were dealing with in Detroit. From this event we started making plans for something bigger.

We later partnered with the U.S. Department of Education, Detroit Public Schools, the Education Achievement Authority (EAA) and State Representative Thomas Stallworth’s office, along with others. We held a “Dads to Dads” forum on June 7, 2014 at Detroit Collegiate Preparatory High School at Northwestern. We had about 400-425 participants attend our workshops. There were free health screenings, signing up for skill trades apprenticeship training, and legal advice for fathers and programs encouraging dads to become more engaged with their children and education. It was also attended by the current National PTA President, Otha Thornton, Jr. The event was such a huge success that we hope to add partners to do the same type of forum.

We have held other events, including a Thanksgiving turkey dinner giveaway for single fathers that included a $100 gift card giveaway for one lucky father. We hope to do this every year.

PTA: Where and when do you meet?

PTA: If someone wants to know more about the Dads PTA, how can they reach you?

Anthony King is the president of the Detroit Area Dads PTA in Detroit, Michigan. 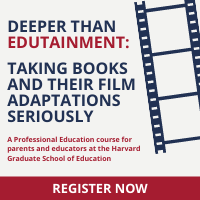 Every year during summer break, too many children lose more than baby teeth, frisbees and beach toys. They lose two to three months of…